Fairfield CT resides in southwestern Connecticut along the border of New York. It is the state’s fastest-growing county with more than 25% of the Connecticut population living here. Part of this is due to the county’s inclusion of Bridgeport, Stamford, Norwalk, and Danbury in its boundaries. Fairfield’s Gold Coast features several affluent waterfront properties, and the area contributes greatly to the per-capita personal income statistics.

A Brief History of Fairfield, CT

Prior to the arrival of Europeans, Fairfield CT was settled by Native American tribes, including the Schaghticoke, Wappinger sachemships, Paquioque, and Potatuck tribes. Dutch explorer Adriaen Block explored the area that is now Fairfield CT in 1614, however, the first settlers were Puritans and Congregationalists of England.

Roger Ludlow was a major founder of the Colony of Connecticut, purchasing and chartering Fairfield and choosing its name in homage to the county’s beautiful fields. Originally, the towns of Rye, Greenwich, Stamford, Norwalk, Fairfield, and Stratford were included within the bounds of Fairfield CT. Rye was later ceded to New York, while other towns were steadily added to Fairfield, including Danbury, Ridgefield, Newton, and New Fairfield. 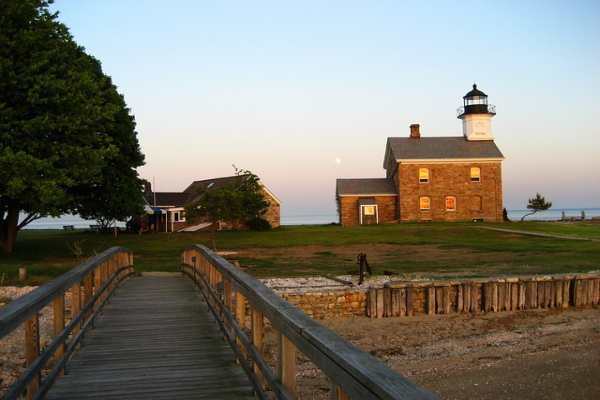 In 1777, Connecticut saw its supply route to the Continental Army disrupted by orders of British Commander-in-Chief, General William Howe. While the original plan was to raid the supply depot in Danbury, the British troops were met with resistance from Major General David Wooster who defended Danbury with only 700 troops. Unfortunately, much of Danbury burned. In 1779, there were several raids in Fairfield CT and its neighborhoods by the British, who brought more than 2,600 troops to teach Americans a lesson. Fairfield and Norwalk both burned in the incident.

Things to do in Fairfield CT

The art museum at Fairfield University provides a unique visual art experience. The collection is self-described as small, however, it features pieces that are historically significant and aesthetically dynamic. You’ll find European and American paintings, drawings, and photographs, in addition to Asian, African, and Pre-Columbian objects. Situated in the Bellarmine Hall Galleries and the Walsh Gallery in the Quick Center for the Arts, the Fairfield University Art Museum’s free admission and events make art accessible to all.

Looking for something to do in Fairfield CT that is out of this world? Search no further than the Westport Astronomical Society. This observatory has served the community since 1975, every clear Wednesday night from 8-10 PM. The observatory’s dome covers a Celestron EdgeHD atop an Astrophysics 1200 German Equatorial Mount with an Explore Scientific 102 mm f/7 Essential Apochromatic ED Triplet Refractor. There is also a 25” Obsession telescope, 8 – 10” Dobsonian telescopes, and a Lunt L5100Tha telescope that can view the sun.

If you want a spot to relax, pull up to Jennings Beach. The wide shore offers a tranquil place to soak up the sun, splash in the waves, and build in the sand. A fishing pier sits at the north end at the mouth of Ash Creek and is a great spot to check the bites. During the summer you’ll often catch fun activities such as the Sand Jam Family Dance and movie screenings. Jennings Beach is truly family friendly, allowing dogs to frolic on the beach. Be sure to find parking before you set out for your day at the beach.

Flooding introduces harmful contaminants and bacteria into your home or business. Not only are the building materials destroyed, but also your prized possessions. Protect your health and property with flood damage cleanup services.

The destruction of a fire in your property is a scary time and you may not know where to turn. The flames, smoke, and ash create substantial damages that you should not handle on your own. Call Restoration 1 for fire damage restoration, cleanup, and repairs.

DIY smoke damage cleaning is never a good idea. Restoration 1 of Fairfield CT determines the type of smoke damage and adjusts our methods accordingly to match. Call us today to schedule a smoke soot cleaning and smoke damage restoration inspection.

Mold poses significant health hazards, particularly for the elderly, young children, and those with asthma. Symptoms include runny eyes, difficulty breathing, sore throat, skin rashes, and even death. If you find mold in your property, contact Restoration 1 of Fairfield!