A Small Town Feel With All the Amenities

Glenbrook is a neighborhood of Stamford, sitting on the eastern side of the city. Although only 1.7 square miles, Glenbrook is home to about 15,400 people. The small town feel is accented with unique architecture and plenty of amenities.

A Brief History of Glenbrook, CT 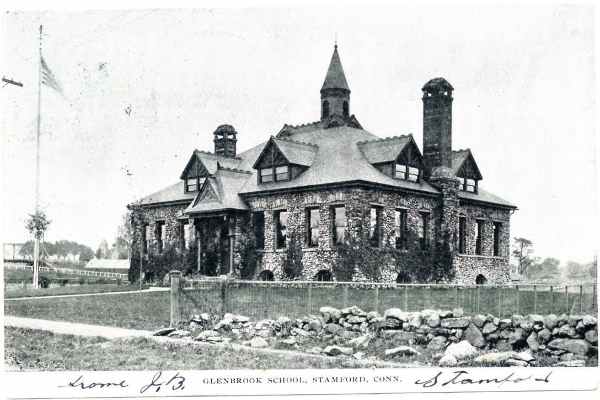 Glenbrook saw its formation as the first stop on the railroad line to New Canaan. The small area originally had 16 homes, a store, and a wax factory at its inception. As the railroad brought more traffic, land speculators became interested in building Glenbrook up, one of which was Joseph Whitton. He divided the land into 54 lots. Whitton was not the only person interested, and this acquisition would become one of many. By 1870, residents changed the name to Glen-Brook.

The town grew slowly, a factor that residents enjoyed as they did not want to incorporate into the City of Stamford. In fact, this was an issue of such contention that the boundary lines for Fairfield County did not include any house in Glenbrook until 1949. At this time, the town and city governments were consolidated.

Glenbrook has a claim to fame in the Phillips company. Charles H. Phillips established a manufacturing plant in Glenbrook, mass producing Milk of Magnesia. The company operated in Glenbrook until 1975.

Things to do in Glenbrook CT

Cove Island is not exactly in Glenbrook, but a short distance away and not to be missed! Relax on two sandy beaches and enjoy the nature of the salt marsh. It is not uncommon to find locals walking, running, roller blading, biking, and flying kites. This spot is perfect for the whole family!

If you need a breath of fresh air or a place for the kids to let some energy out, head to Scalzi Park. This is the largest recreation area in Stamford and offers tennis, basketball, baseball, softball, volleyball, bocce, and plenty of trails. The Cubeta Stadium is also found here and is home to the Stamford American Legion baseball squad.

The Ukrainian Museum and Library is the oldest Ukrainian cultural institution in North America. Here you can see original pictures of the Carpathian Mountains and the Hutsuls that lived there. There are also embroidery, icons, rare books, and fine arts that display the rich history and culture of Ukraine.

Flooding happens even if you don't live immediately near a body of water. It destroys your home and the building materials, leaving a mess in the process. To protect the health of your family, trust Restoration 1 for your flood damage cleanup in Glenbrook.

After a fire, it is difficult to know what to do next. Your Glenbrook CT home likely has serious damage from flames, smoke, and ash. To return your Glenbrook home or business to pre-loss condition, call Restoration 1 today. We offer free inspections.

Many tasks require attention after a fire, including cleaning the smoke damage. Many Glenbrook CT residents attempt DIY smoke cleaning. But, this is a job for a professional smoke damage cleanup company. Call Restoration 1 today.

Mold is a serious health hazard that threatens your well-being. Symptoms include runny eyes, difficulty breathing, sore throat, skin rashes, and even death. If you find mold in your Glenbrook property, it is time to contact Restoration 1 of Fairfield!