New Canaan is part of Fairfield County, Connecticut. With just over 20,000 residents, New Canaan offers many perks to those that live here. Known for its architecture, public parks, and excellent school systems, New Canaan is a favored place to live along the Gold Coast. An hour-long train ride connects New Canaan CT to Manhattan, providing close proximity to metropolitan amenities.

What is now New Canaan CT got its start in 1731 as a religious entity called Canaan Parish. Families in the area were allowed to establish a Congregational Church while also performing civic duties associated with towns and cities. Through the Revolutionary War, agriculture served as the primary industry, followed by shoemaking after America’s victory. 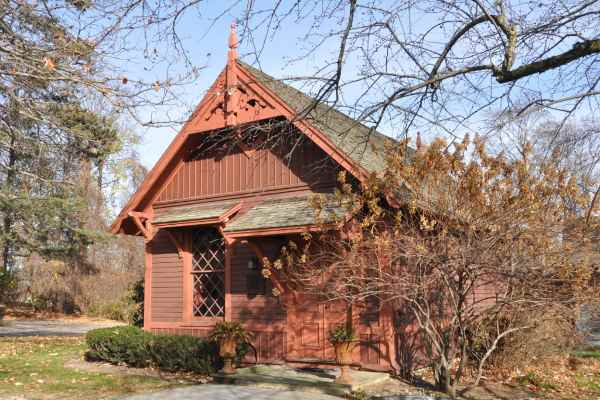 New Canaan continued to grow and was incorporated in 1801. The year 1868 saw the railway come to New Canaan, which in turn, brought many former New York residents who commuted back to the city for work.

Touted for its unique architecture, New Canaan was on the forefront of modern design starting in the 1940s and through the 1960s. A few graduates and teachers of the Harvard Graduate School of Design settled in New Canaan and built modern homes that had not previously been seen before. The movement found momentum with the designs of New Canaan architects such as Victor Christ-Janer, John Black Lee, and Alan Gelbin.

In the modern day, New Canaan CT is a highly sought after location to live, a fact that can be attributed to its highly-ranked school systems, historical points of interest, and seasonal events.

Things to do in New Canaan CT

If you love wildlife, stop by the New Canaan Nature Center for an informative perspective on nature. The Nature Center offers 40 acres of animal habitats, 2 miles of walking trails, and 50 live animal ambassadors. Don’t forget to take in the beauty of the wildflower and butterfly gardens.

Waveny Park is a great place to escape the bustle of daily life. Fields, ponds, trails, and even a castle adorn the green-space. Architect William Tubby built the castle in 1912, which has since been the set of All My Children and The Stepford Wives. See what all the buzz is about!

Designed by Mies van der Rohe and completed in 1949, The Glass House is a considered a pavilion for enjoying the nearby green-space. The innovative use of glass and integration with the surrounding environment set The Glass House apart from other architectural feats.

Should you leave water damage untreated, you are in for a rude awakening. This is due in large part to the secondary damages caused by rogue water damage, including structural instability and mold. Restoration 1 works quickly to restore your New Canaan CT property with 24/7 immediate response. We provide emergency water extraction, drying, and water damage repairs to get you back in your home. Call us today to schedule an inspection.

Even if you live inland from bodies of water, flash flooding can occur in an instant. Faulty appliances, broken pipes, and other sources can also create flood damage in your property. Eliminate the harmful bacteria from your home with flood damage cleanup, flood damage restoration, and flood damage repair services from Restoration 1 of Fairfield. We respond 24/7 to help you when you need it the most. Call us today!

Parts of your property that were not singed by flames can experience smoke damage. This is because the smoke and soot particles travel through the air and through ventilation systems, reaching even the most difficult to see areas of your home. Even worse, DIY smoke damage cleaning usually does more harm than good. Restoration 1 of Fairfield analyzes the type of smoke damage and develops a smoke soot cleaning plan based on this information.

Mold gets a bad rap, but with good reason. This is largely due to the major health concerns it creates for humans and animals. The elderly, small children, and those with asthma are even more susceptible to the spores. If you find mold in your home, make Restoration 1 of Fairfield your first call. We provide our clients with an accurate mold inspection and estimate. Call us today to protect your health with New Canaan CT mold removal and mold remediation!