Noroton Heights CT is a community of just a few thousand residents in the town of Darien, situated on Long Island Sound between the cities of Stamford and Norwalk. Located in the Connecticut panhandle, it is located approximately 35 miles from Midtown Manhattan. 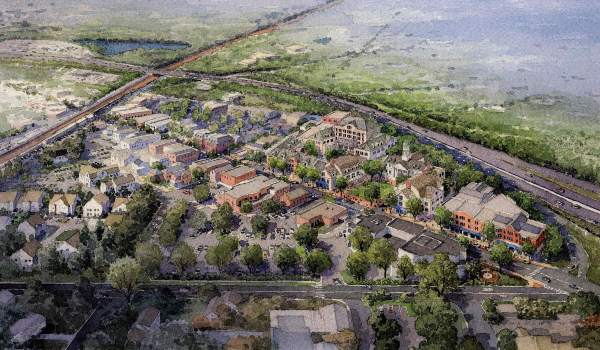 Noroton consists of two neighborhoods in the town of Darien. The more inland, hilly areas are referred to as Noroton Heights. The town is bordered by Stamford to the west, and the remainder of Darien to the east and north.

Noroton Heights is located on a part of Connecticut named the Gold Coast. The Gold Coast is known for being an affluent part of Western Connecticut that includes the entire southern portion of Fairfield County, housing some of the most successful New York City executives.

One of the pride point to Noroton Heights, is the schooling system, where local schools are consistently ranked as some of the highest performing in the country.

Things to do in Noroton Heights CT

This 118-acre attraction will delight the whole family. Heckscher Farm, Overbrook Nature Center, the Bendel Mansion, Nature’s Playground, the Stamford Observatory, Animal Embassy, and several changing exhibits comprise the Museum & Nature Center. Hop on one of the hiking trails to enjoy the beautiful flora and fauna.

Cove Island Park is an 83-acre park, beach and recreation area in the Cove section of Stamford, Connecticut, located on Long Island Sound. Access to the park requires a parking pass. The city's Park Commission charges Stamford residents with valid Stamford car registrations can buy a season pass for $25 at Government Center, the non-resident fee is $225.

The market is comprised of local farmers and artisans who come together and provide shoppers a venue to purchase the finest locally sourced products. Featured are local Connecticut farmers offering seasonal and organic produce, fresh baked goods and pastries, food trucks with a selection of lunch items, local artists and crafters .

When water damages your property, you must act fast! Call Restoration 1 of Fairfield for immediate water removal and water extraction. We respond 24/7 to offer water damage restoration in Noroton Heights CT and surrounding areas.

When a fire destroys your property, it is devastating. Serious damage arises from flames, smoke, and ash. To return your Noroton Heights home or business to pre-loss condition, call Restoration 1 today. We offer free inspections.

So many things need to be done after a fire, including cleaning the smoke. Many Noroton Heights CT residents attempt DIY smoke cleaning. But, this is a job for a professional smoke damage cleanup company. Call Restoration 1 today.

Mold is a serious health hazard that results in runny eyes, difficulty breathing, sore throat, skin rashes, and even death. If you find mold in your Noroton Heights property, it is time to contact Restoration 1 of Fairfield!