Norwalk is famous for its proximity to the water, with its beautiful coastline along Long Island Sound, the Norwalk River, and the Norwalk Islands.

A Brief History of Norwalk, CT 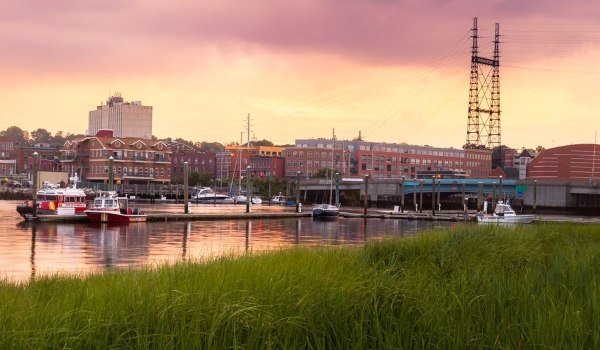 Norwalk was established in 1640 when a man named Roger Ludlow purchased the areas east of the Norwalk river from Chief Mahackemo of the Norwaake (or Naramauke) Indians. Norwalk was then settled in 1649, incorporated September 1651, and named after the Algonquin word noyank, meaning “point of land”, or more probably from the native American name “Naramauke”.

Nearly a century and a half later, during the revolutionary war, the Battle of Norwalk lead to the burning of most of the town.

In 1836, the borough of Norwalk was created, which 74 years later would later be combined with the city of South Norwalk to form the current city.

Things to do in Norwalk CT

The Maritime Aquarium at Norwalk is an aquarium located in the South Norwalk section of Norwalk, Connecticut. The aquarium features harbor seals, river otters, sharks, jellyfish, loggerhead turtles, and hundreds of other animals living in re-creations of their natural Long Island Sound habitats.

Stepping Stones Museum for Children is a hands-on children's museum for ages 10 and under located at 303 West Avenue, in the Central section of Norwalk, Connecticut. The museum exhibits offer parents, caregivers and teachers access to the latest and best information about learning through play.

The Norwalk Seaport Association’s Friends of the Norwalk Islands offers a cultural, environmental, and historical journey to Sheffield Island. Built in 1868, the Sheffield Island Lighthouse provides a unique venue which strives to increase awareness, appreciation and consideration for our environment.

When water damages your property, you must act fast! Call Restoration 1 of Fairfield for immediate water removal and water extraction. We respond 24/7 to offer water damage restoration in Norwalk CT and surrounding areas.

When a fire destroys your property, it is devastating. Serious damage arises from flames, smoke, and ash. To return your Norwalk home or business to pre-loss condition, call Restoration 1 today. We offer free inspections.

So many things need to be done after a fire, including cleaning the smoke. Many Norwalk CT residents attempt DIY smoke cleaning. But, this is a job for a professional smoke damage cleanup company. Call Restoration 1 today.

Mold is a serious health hazard that results in runny eyes, difficulty breathing, sore throat, skin rashes, and even death. If you find mold in your Norwalk property, it is time to contact Restoration 1 of Fairfield!