Saugatuck CT is a neighborhood in the town of Westport, Connecticut. Home to roughly 25,000 people, and considered one of the most affluent towns in the nation, Westport sits along the Long Island Sound within Connecticut’s Gold Coast. We’ll explain exactly why Saugatuck, Connecticut is such a wonderful place to live, work, and visit.

A Brief History of Saugatuck, CT 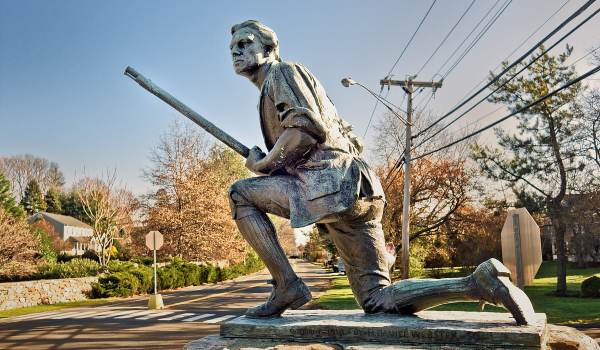 Saugatuck, CT gets its name from the Paugussett tribe meaning “mouth of the tidal river”. The area itself has been known by many names throughout its storied history. Originally known as “Machamux” by the Pequot people, the area after colonization was founded by 5 bankside farmers who renamed the area to “Bankside” in 1693. After another 40 years as an agricultural hotspot, the area was renamed after one of its major farmers to “Green’s Farm”. This name lasted 100 year before eventually receiving the name “Westport”.

Agriculture was Westport’s first major industry, but with the turn of the 20th century the area attracted many artists and writers, as well as visitors from New York. This increase in popularity resulted in farmers selling off their land and within a number of years Westport went from agricultural to residential.

Things to do in Saugatuck CT

Sherwood Island State Park is a public recreation area on the shore of Long Island Sound in the Greens Farms section of Westport, Connecticut. The state park offers swimming, fishing, and other activities on 238 acres of beach, wetlands, and woodlands.

When water damages your property, you must act fast! Call Restoration 1 of Fairfield for immediate water removal and water extraction. We respond 24/7 to offer water damage restoration in Saugatuck CT and surrounding areas.

When a fire destroys your property, it is devastating. Serious damage arises from flames, smoke, and ash. To return your Saugatuck home or business to pre-loss condition, call Restoration 1 today. We offer free inspections.

So many things need to be done after a fire, including cleaning the smoke. Many Saugatuck CT residents attempt DIY smoke cleaning. But, this is a job for a professional smoke damage cleanup company. Call Restoration 1 today.

Mold is a serious health hazard that results in runny eyes, difficulty breathing, sore throat, skin rashes, and even death. If you find mold in your Saugatuck property, it is time to contact Restoration 1 of Fairfield!