The Best Small Town in Connecticut

Sherman CT is the least populated town in Fairfield County, with just over 3,600 residents. The appeal of Sherman is strong for citizens and visitors alike, with Sherman being named the “Best Small Town in Connecticut” three times by Connecticut Magazine. History, the Appalachian Trail, and a close proximity to major metropolitan areas add to the draw of Sherman CT.

A Brief History of Sherman, CT

The Algonquian tribe once lived on the land that is now known as Sherman CT. Approval from the General Assembly to establish a new township was received in 1724. Historical memory indicates that settlers of the Colony of Connecticut negotiated with Chief Squantz who refused to sell New Fairfield. Chief Squantz died, and his surviving sons also refused to sign over the land. 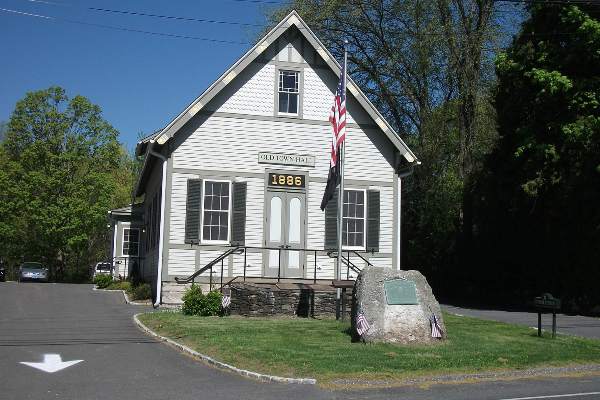 On April 9, 1729, a group of colonists called “The Proprietors” was able to secure the transaction, purchasing 31,000 acres that would become New Fairfield and Sherman CT. Sherman did not receive its name until its incorporation in 1802 and was so named for Roger Sherman. He was the only American to sign The Continental Association of 1774, The Declaration of Independence, the Articles of Confederation, and The Federal Constitution.

Over the course of the 19th Century, Sherman saw the formation of industries such as a sawmill, hat factory, and agriculture. Today, Sherman is a popular spot, being named the “Best Small Town in Connecticut” three times and serving as a popular weekend getaway for New Yorkers. Hikers pass through Sherman along the Appalachian Trail.

Things to do in Sherman CT

Opened in 2000, White Silo Farm & Winery offers specialty wine and delicious food. The operation began in 1985 when the family purchased part of the Upland Pastures dariy farm and planted the first crop of raspberries, blackberries, and rhubarb.

Need to cool off? Candlewood Lake is a manmade swimming spot that provides plenty of relief in the summers. The lake is popular with tourists and used for recreation such as swimming, fishing, boating, and golfing year round.

Water doesn't stop, which means it damages everything in its way. Restoration 1 of Fairfield works quickly to provide water extraction, water damage restoration, and water damage repairs when time is of the essence.

Flooding in your Sherman CT home or business requires professional flood damage cleanup services. Not only do we remove damaged building materials, we also clean and deodorize your property to remove harmful bacteria.

A fire in your Sherman CT property is a devastating blow. The flames create extensive damage that is only compounded by smoke, soot, and ash. We return your Sherman CT home or business to pre-loss condition.

Smoke damage may seem like an aspect of fire damage restoration that you can perform yourself. Nothing could be further from the truth. This is a job for a professional smoke damage cleanup and smoke soot cleaning company.

Mold is a serious health hazard that results in runny eyes, difficulty breathing, sore throat, skin rashes, and even death. If you find mold in your Sherman, Connecticut property, it is time to contact Restoration 1 of Fairfield!