one of the best places to live in Connecticut

Founded in October 1787, Weston is a residential community in Southwestern Connecticut with a population of approximately 10,150 residents. It sits roughly 45 miles north east of New York City, offering a unique rural, yet sophisticated, environment  without any heavily trafficked commercial roads, making it the perfect blend of natural serenity within reach of virtually endless amenities.

A Brief History of Weston, CT

The first English settlers in the area that became Weston were mostly farmers living in the town of Fairfield, Connecticut. A century later, in 1787, the area was formally incorporated and named Weston after the small fishing village Weston-super-Mare that a large number of the settlers originated from. 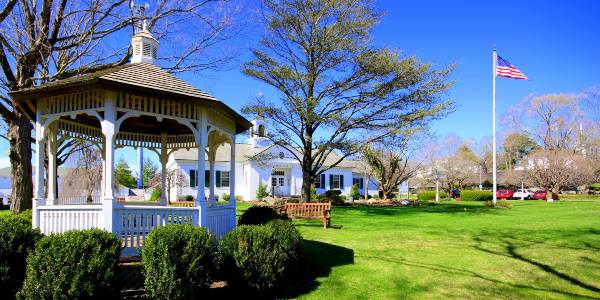 The first settlers, being farmers, overcame rocky and difficult soil conditions to grow a wide range of produce, and took advantage of the extensive forests by building and establishing successful wood mills.

By the middle of the 19th century, even though no railroad lines were built through Weston, the area was bustling with 9 different manufacturing plants. The area was hit hard just a few decades later, between the Civil War and the Great Depression, the town’s population dropped by nearly 40%. After this period, the town made a considerable shift in character with artists, writers, and actors from New York moving in after being drawn to its rural appeal and tranquility.

Things to do in Weston CT

Once the home of the American Impressionist J. Alden Weir, and a place he referred to as the “Great Good Place”. May through October you may tour the art-rich house and studios, learning about the Weir family. A fun aspect of this historic site is that the visitor center provides art supplies at no cost, so you can create your own masterpiece.

Devil's Den Preserve is one of the largest nature preserves in the entire Metropolitan New York area. It is known for its extraordinary natural diversity with nearly 150 species of birds and more than 500 different types of trees and wildflowers. The preserve has more than 20 miles of trails, highlighted by waterfalls and high rocky ledges.

Amber Falls is a waterfall deep in west side of the Devil's Den Preserve. It is found as a common point along a number of different trails where the Saugatuck River drops around six meters over a flight of cascades, offering a scenic and serene view of the natural beauty of the area, all enclosed in hardwood forest.

Flood water carries toxins and dangerous contaminants into your home or business. The damage can be significant, and the cleanup is a job best left for your local flood damage cleanup experts.

Fire damage can include water damage, fire damage, and smoke damage. You need a company that handles all of it. Restoration 1 of Fairfield offers comprehensive fire damage restoration.

When you find mold in your home or business property, it's important to act fast. Prolonged exposure comes with a long list of health concerns. Call Restoration 1 today to schedule your free mold damage inspection.